EU Ambassador Hartzell: We believe that Georgia has the right to choose who to work with 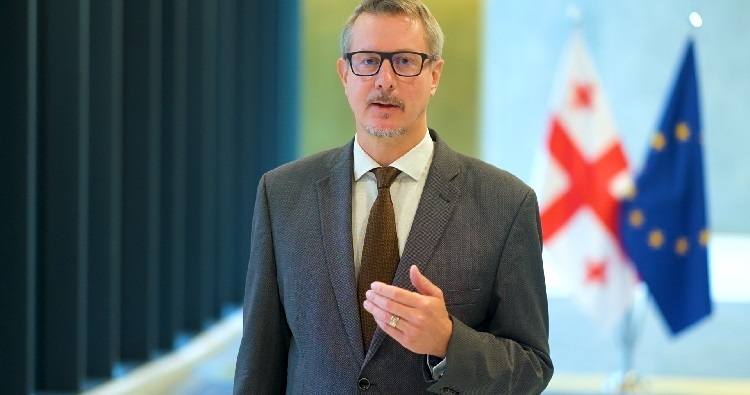 Carl Hartzell, the EU’s Ambassador to Georgia, restated the EU’s support for Georgia’s sovereignty and territorial integrity, noting that Georgia has the freedom to select whoever it cooperates with.

The EU will impose a “heavy penalty” if Russia pursues destabilisation or military action in the region, according to Ambassador Hartzell.

The ambassador emphasised his wish for a quick resolution to the current “difficult situation.”

On December 17, the Russian Foreign Ministry proposed two’security guarantees’ between Russia, the United States, and NATO, including constraints on soldier, ship, and aircraft deployments for both NATO and Russia, as well as limits on the deployment of intermediate and short-range missiles overseas.

Following his meeting with Secretary-General Stoltenberg on January 17, Georgian Foreign Minister David Zalkaliani stated that NATO will not rethink its choices regarding Georgia’s Euro-Atlantic integration.