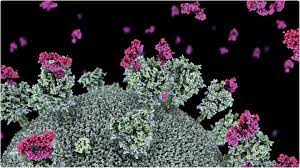 Since the start of the pandemic, scientists are spending days and nights to produce vaccines and drugs to win over the disease. This Corona virus disease is characterized by severe acute respiratory syndrome caused by Corona virus 2 and is collectively called as SARS COV 2.

A group of researchers from Walter and Eliza Hall Institute of Medical Research (WEHI) along with the Doherty Institute, and the Kirby Institute have found the neutralizing nanobodies that block the corona virus from entering the host cells. It have show satisfying results in pre clinical trials.

It was also found by the scientists that only a low concentration of the nanobodies are required which are effective against the wild type as well as against the other variants of the corona virus.

So basically nanobodies are smaller anti bodies that are produced against the viral infections naturally by some animals like camels, llamas, alpacas etc.

These animal derived anti bodies are single domain nano bodies that provides many advantages over the normal anti bodies. These are used for specific therapies against specific diseases in humans. They being extremely small as compared to the normal anti bodies, they have greater affinity and specificity and hence are easier to produce, clone and manipulate according to the needs.

They are cos effective and hence can be produced in larger scale without spending much. They act against the viral infections and are critically used as antivirals in humans. Hence these are intended to be used in the COVID Pandemic.

Since these nanobodies shows potent results in vitro, in vivo studies are still being conducted against the corona virus and more researches has to be done to use them commercially.