Far right is consolidating its position in Europe 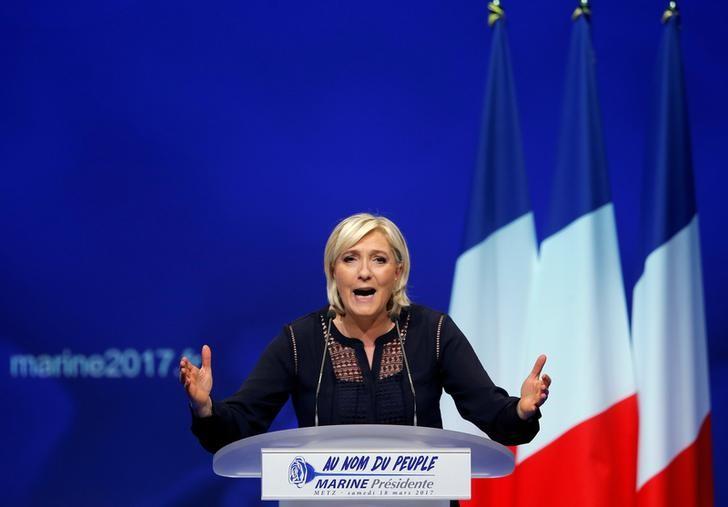 The president of Spain’s far-right Vox party, Santiago Abascal, revealed in early September that his country had been chosen to host the next summit of “patriotic leaders and European conservatives,” which will take place later this month. The gathering, which will most likely take place in Madrid, is the next step in these forces‘ attempt to establish themselves as a “conservative” bloc in European politics that can appeal to a wider right-wing audience.

This isn’t just a loose confederation of opposition forces; it’s a power structure that already exists in several European capitals. Indeed, the most recent such gathering took place on December 4 in Warsaw, Poland, under the auspices of Jarosaw Kaczyski, the head of the ruling Law and Justice party. Hard-right figures such as Polish Prime Minister Mateusz Morawiecki (also from Kaczyski’s party), his Hungarian counterpart Viktor Orbán, Rassemblement National leader Marine Le Pen, as well as Abascal and far-right leaders from Flanders and Estonia, gathered at the Hotel Regent.

The summit concluded in a one-page statement criticising the European Union’s status quo. The “disturbing idea” of a Europe “ruled by a self-appointed elite” was criticised. The letter detailed how this elite employs “arbitrary application of European legislation” as well as a continent-wide “social engineering” campaign intended at “separating people from their culture and traditions.”

But, while the tone was harsh, this summit was remarkable for being the first official gathering of representatives from both right-wing factions of the European People’s Party (EPP), the dominant Christian Democratic force in the European Parliament. While some leading far-right forces were absent (such as Matteo Salvini’s League and the Alternative for Germany, AfD), the summit highlighted the strengthening of ties between the European Conservatives and Reformists (ECR, which previously included the British Tories) and the more openly far-right Identity and Democracy (ID), as well as Orbán’s Fidesz, which has been unaffiliated at the European level since its exit from the EPP in March.

The parties that make up these coalitions come from various political backgrounds and, in some circumstances, compete in national elections. However, if the tensions between these forces have long justified the presence of two different currents in the European Parliament, that may be history after this month’s summit, as they seek to form a “supergroup” that will bring together the hard and far right of European politics.

The signatory parties pledged themselves to “greater cooperation in the European Parliament, including the organisation of joint meetings and the coordination of voting” in December’s Warsaw declaration.

“We can be enthusiastic about the establishment of this political force in the coming months,” Le Pen said, expressing her belief that this extraordinary ambition was within reach. Orbán stated this goal in a press conference before the meeting, saying, “We have been working for months to form a powerful family of parties.” I’m hoping we can make progress in this direction.”

Orbán is absolutely crucial to the establishment of this “supergroup,” as Miguel Urbán, a member of the European Parliament for the left-wing Anticapitalistas, explained in a Twitter thread. Given his close personal ties with both Poland’s ruling Law and Justice Party and former Italian interior minister Matteo Salvini, he serves as a bridge between hard-right regimes in Central-Eastern Europe and the far right in the Mediterranean. Yet, within the base of both the ECR and ID parties, the international projection and reputation of the Hungarian prime minister, acclaimed by such people as Tucker Carlson. If Salvini had already attempted to form a similar hard-right coalition in the run-up to the European elections in 2019, the new political environment is forcing these forces to take the plunge.

Many observers regard all such movements as one homogeneous “populist right,” yet there are ideological barriers to such a partnership, even though they may appear minor. These parties place varied emphasis on political and religious traditionalism, and they disagree on foreign policy, with Russia and, to a lesser extent, China, being notably divisive.

While such disagreements may be masked for the sake of unity, there are also practical concerns: the ECR was formed in part as an alternative to ID, which has been plagued by internal instability and frequent splits among its constituent parties in recent years. So, what’s changed now that these forces are coming together?

On the one hand, following years of considerable electoral growth, several of these parties appear to have reached a stalemate and could benefit from a political and media boost. Marine Le Pen appears to be one of the politicians who stands to benefit the most from a “supergroup” unifying the hard right. While she hopes to make it to the second round of the French presidential elections in April, she is up against unpleasant competition in the form of commentator Éric Zemmour, whose new Reconquest! (Reconquête!) vehicle risks splitting the far-right vote and allowing other candidates to sneak through.

Marine Le Pen, the leader of the French National Front (FN), speaks to supporters during a political event in Metz, France, on March 18, 2017. Reuters/Vincent Kessler photo

Meanwhile, in Spain, Vox is attempting to enhance its chances of governing by partnering with Pablo Casado’s People’s Party (Partido Popular, PP), the country’s dominant conservative party for the past four decades. While these forces remain rivals, with the far-right party attempting to steal votes from the PP, Vox’s votes have already backed PP-led regional governments in Madrid and Andalusia, with Isabel Dáz Ayuso’s administration in Madrid seen as a possible blueprint for a right-wing national government in 2023. Abascal, the leader of Vox, also provides a specific avenue for influence in Latin America for other European far-right forces. He has begun to build deeper relations with like-minded parties in the Spanish- and Portuguese-speaking world, notably Brazilian President Jair Bolsonaro, thanks to his wacky thesis of a “Iberosphere.”

This coalition is also intended to organise the right-wing wing of European politics throughout the present EU crises. Both Fidesz and Law and Justice, the ruling parties in Hungary and Poland, have open disagreements with Brussels over the judiciary’s independence, as well as their asylum and immigration policies and measures against women’s and sexual minorities’ rights.

The emergence of a new coalition government in Germany, made up of Olaf Scholz’s Social Democrats, the Greens, and the neoliberal Free Democrats, has exacerbated these conflicts, according to these parties. They are concerned that Berlin would harden its position toward Budapest and Warsaw, especially now that Annalena Baerbock, the Green Party’s co-chair, has been appointed Foreign Minister. However, during a recent visit to Poland, Baerbock toned down her campaign-era critiques of the Law and Justice administration, speaking vaguely of addressing “discrepancies” between the two countries and supporting the Polish government in its border issue with Belarus.

Despite this, Orbán has emphasised the stakes of the conflict from the far right’s perspective, describing the new coalition as an executive supporting “immigration, gender policy [a dog whistle for LGBT-friendly measures] and a federal, pro-German Europe” in December, before the new coalition had even formed. “Let’s not cross our arms – let’s prepare for the battle,” the Hungarian prime minister declared defiantly.

If the “fight” with Berlin’s new government, along with polling troubles, causes the European extreme right to snuggle together for warmth, another development in Germany’s recent election also supports such an agreement. Parties that win two Bundestag elections in a row are eligible for government support for their party foundations — and the AfD’s Desiderius Erasmus Stiftung (DES) is now eligible for state cash, to be spent at the party’s discretion, after retaining the majority of its seats in September’s election. According to estimates in the media, this will begin with the hiring of over 900 people.

If the DES is anything like its counterparts on the opposite side of the political spectrum, such as the Christian Democrats’ Konrad Adenauer Stiftung (or even the much smaller Die Linke’s Rosa Luxemburg Stiftung), it may create offices in dozens more nations. As a result, where former Donald Trump adviser Steve Bannon failed, the AfD’s foundation could succeed in establishing a cross-border far-right think tank for Europe.

This pact’s potential forces should not be underestimated. Adding the existing members of the European Parliament from the ECR and ID groups, as well as Orbán’s Fidesz, would total 149 MEPs, which would be enough to overtake the Progressive Alliance of Socialists and Democrats (S&D) as the second-largest force in Brussels. Even if some parties remained outside the “supergroup,” or the center-left bloc sought to integrate forces like Italy’s erratic Five Star Movement, the far right would still be the third-largest group in the European Parliament, far ahead of Renew Europe’s liberals (101 MEPs), the Greens and allies (73) and the Left (73). (39).

If this is the case in Brussels, left-wing MEP Miguel Urbán cautions that “this movement should not be read merely in terms of the European Parliament, but from the perspective of a wider-reaching political-cultural counter-revolution.” The rise of these parties has enabled them to push conservative and liberal parties further to the right, harden official EU policies and public discourse on issues such as immigration and welfare, and – perhaps most importantly – set the agenda of rival parties and media outlets on issues such as immigration and security.

As Urbán points out, far-right groups have repeatedly demonstrated that they are ready to fight to change the terms of political debate. It’s past time for the Left to get ready as well.

Growing Popularity of global data center construction Market Is thriving with valued at USD 207.2 billion in 2019

The global data center construction market size was valued at USD 207.2 billion in 2019 and is expected to expand at a compound annual...
Read more
News

A team of 5 Scientists has arrived at the rendezvous spot of Michigan's State university campus on Thursday morning before sunrise. One of the...
Read more
News

Facts About Scary Movie That Will Blow Your Mind