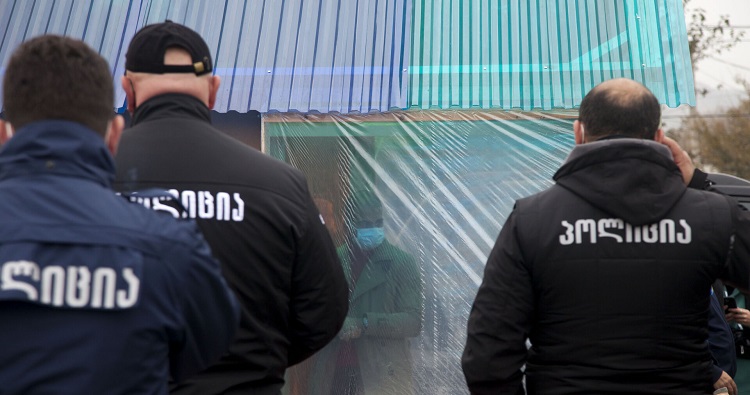 The interior ministry has charged two police officers with assaulting a disabled 17-year-old in the Tbilisi Metro on Sunday, after the savage attack was broadcast on television and sparked outrage on social media.

The two cops were arrested, according to Giorgi Gamezardashvili, Deputy Head of the State Inspector’s Office, following a fast inquiry declared by the ministry late Monday, after the tape aired on television stations and was shared on social media.

The State Inspector’s Office initiated an investigation on January 24, 2022, based on information distributed through the media. “Witnesses were interrogated, including the victim, who was interrogated in front of a psychologist,” Gamezardashvili added.

The crippled youngster and his brother were approached by police in Isani metro station on Sunday evening, according to the investigators. The 17-year-old was taken to the station’s police staff room, where one of the policemen repeatedly punched the minor in the head.

According to the ministry’s statement, the assault persisted despite the child claiming he was disabled and could not understand the officer addressing him throughout the arrest and following attack. Before the tape was disseminated by the media, the incident was witnessed and recorded.