The Deteriorating Effect of Noise over Plants! 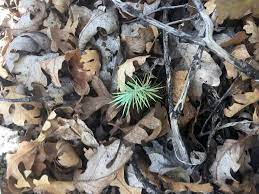 The noise that we create changes for us with moment to moment but what we create is eventually creating a long lasting effects on animals as well as plants.

When humans have become more numerous, we have encroached further into animal habitats, causing an increase in ambient sound as a result of our devices, traffic, and industries.

This study was conducted In Moscow near the near the natural gas wells about 12 years ago. The research revealed that there were 75% lesser pine seedling in the noisy area as compared to quite areas.

The researchers returned to the same place recently to find out whether there is recovery of pine seedlings or not. But they found out that there were few seedling ans saplings and the growth was not as per the expectation.

The companies keep moving. They use noisy compressors to produce natural gas. The noise have adversely affected the growth of the seedling even after the noise was removed after shifting of the companies.

There were decrease in the no. of saplings. The reason may be that pine seedling might not have got the opportunity to germinate but another reason would be not returning of Woodhouse’s scrub jay to the place that was earlier noisy.

Scientists also stated that “Some animals, like scrub-jays, have episodic memory.” So this study eventually proves how noises can affect animals as well as plant in long term affecting the whole ecosystem.