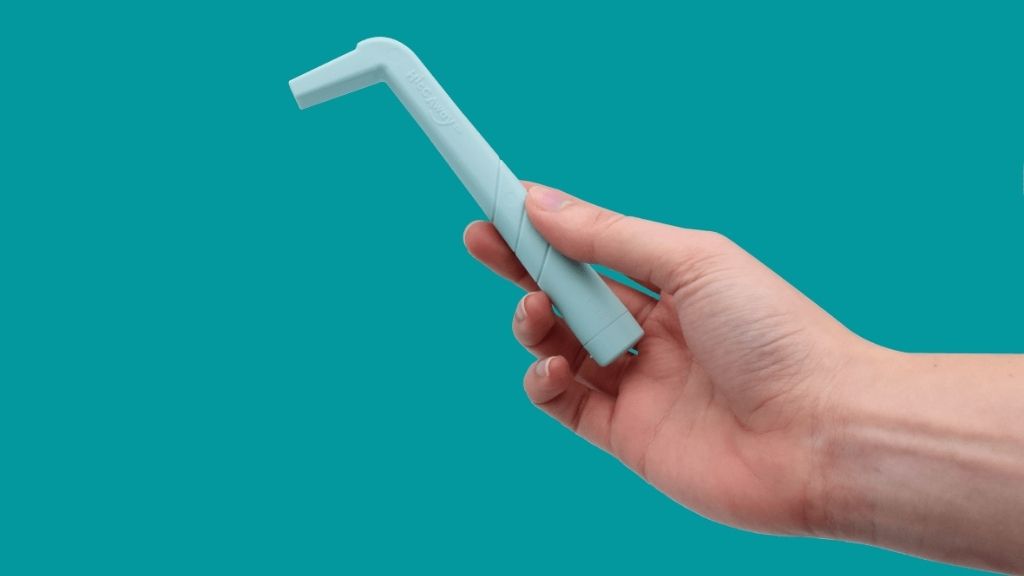 There is no shortage of alleged cures for hiccups, but now scientists say they have found a better solution: a drinking straw device. When someone gets hiccups, intercostal muscles and diaphragm suddenly contract. The opening between the glottis shut due to the abrupt air intake, resulting in a hic sound. This often creates embarrassment for the afflicted. There are many home remedies there, but a team of scientists says they have come up with a new answer.

The method is called the forced inspiratory suction and swallow tool (FISST) and is patented as HiccAway. It is a plastic device with a rigid L-shaped straw with a mouthpiece at one end and a small hole an adjustable cap with a pressure valve at the other. Hiccuping people place the device into a glass of water and use it to sip.

The idea is that the enhanced suction required through the device to draw water up requires the phrenic nerve to trigger a diaphragm contraction, while the subsequent swallow involves activation of the vagus nerve. In the 1st place, these two nerves are responsible for the hiccups; the researchers say keeping them busy stops them from causing the unwanted phenomenon.

According to Dr. Ali Seifi, associate professor at the University of Texas Health Science Center at San Antonio and a co-author of the study, “It works instantly and the effect stays for several hours.”

From 249 volunteers, the team analyzed responses to evaluate the device, in which more than two-thirds of them said they had hiccups at least once a month. It is published in the journal Jama Network Open. The result of the study revealed that in almost 92% of cases, hiccups are stopped by the device. Compared to home remedies, 90% of the participants said they found it convenient, while 183 of 203 participants said it gave better results. According to the authors, the results held across all demographics, hiccup durations, hiccup frequencies. However, the study had limitations, including that it was based on self-reported outcomes, did not include a control group.