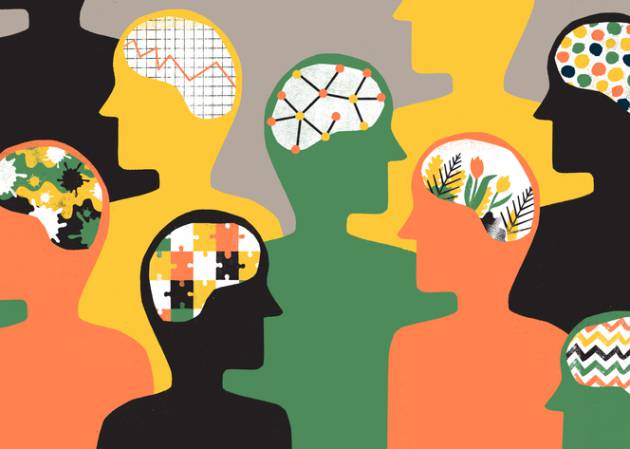 In his 31 years, Adrián Cerdán has undergone the consultation of several psychologists. This young man from Madrid, who claims to have suffered from bullying and a lot of psychological pressure at home since he was little, has suffered from anxiety attacks, problems with relationships and difficulties accepting himself.

In his journey through different consultations, he has had very different experiences. Remember that a psychologist even suggested that she could be inventing these situations despite having bruises all over her body. It wasn’t until 2013 that he found a therapist with whom he felt comfortable.

“The evolution was tremendous, I had a radical change. I began to leave home, I found a job, I accepted my sexuality and I began to have friends and a partner. I worked with her for five years until I was fully recovered,” he recalls about his experience.

A year ago, when he moved to Asturias, Adrián again required the services of a specialist and again had a bad experience: “Every time I left the session I felt worse than when I entered.”

Although from the first moment he had the feeling that it would not serve him, he chose to give the therapist a vote of confidence. But there was no way. “He came to blame me for my problems and did not read my medical reports well,” which led him to request a change.

After so many experiences, Adrián is clear: the most difficult thing when it comes to finding psychological help is finding a person with whom you really feel comfortable. How can we get to a therapist with whom we feel comfortable without going too far?

Adrián Cerdán has always resorted to public health when he needed psychological attention. Although both psychologists and patients have been denouncing their shortcomings for years, especially in regard to personnel.

The Ombudsman undertook an investigation in 2018, the conclusions of which were known in January 2020 and which recommended to the Government and the Autonomous Communities that they study “urgently” how to improve public psychological care when they found that “the ratio of psychologists per inhabitant it had barely changed in the last decade. ”

The lack of professionals in public care, compared to other countries in our environment, translates into very long waiting lists to receive care ( up to 121 days in the Community of Madrid to be attended, for example), in which the time spent to each patient is brief and in which the periods between consultations are longer than that required in some treatments.

But above all, problems in public care can create inequalities for those who cannot afford private care.

The National Association of Clinical and Resident Psychologists (ANPIR) recently estimated that about 70% of psychologists provide their services in the private sector. A survey by MundoPsicólogos , for its part, stated that the average price of private psychological care in Spain was 51 euros on average per hour-long session.

Sarah Belén Olarte, psychologist and sexologist specializing in Gender and Couples Therapy, recently created together with Tommy G. Norheim, clinical psychologist and professor at the European University of Madrid, a thread on Twitter about the details to take into account when looking for a specialist.

“Tommy and I realized that we encourage people to go to therapy but we did not explain how to do it or what the most important guidelines are,” Sarah Belén recounted by phone.

One of the tips in your thread, for example, is to make sure the specialist is officially licensed and does not offer pseudo-therapies, sometimes called “alternative therapies,” which are practices whose effectiveness has not been scientifically proven.

In order to prevent potential users of these practices, the Ministry of Health launched the #coNtest ​​campaign in 2019 , a prevention plan that also includes an extensive list of the different invalid therapies with which to be careful due to their lack of effectiveness .

In case of needing therapeutic help, it is normal that we seek the advice of known people who have already resorted to it. However, another of Sarah and Tommy’s advice is that we consider word of mouth but without making it the only reason why we choose a professional.

Therefore, from his point of view, it is necessary that we complement the information of our friends with other points that are mentioned in this article.

Another of the most significant aspects of the thread of these psychologists is that the therapist-client relationship follows specific characteristics. Sarah Belén reminds clients that they should not expect psychologists to become their friends.

“Sometimes the psychologist or psychologist will tell you certain things that you do not like about your behavior, but that you are unable to see. The important thing is that, in the long term, they will help you realize the origin of these problems,” he says. telephone.

For her part, Claudia Pradas, clinical psychologist and mental health communicator at Tik Tok , also considers that the relationship between the professional and the patient is key.

“The therapeutic relationship is more flexible than what is explained in the degree or master’s degree but in my opinion there are two lines that should not be crossed. On the one hand, if you publish your personal information without permission, if you insult you or if you do not respect your decisions

But there are also other more subtle ones, which are not regulated by law, such as when the therapist does not guide you, imposes something on you or even punishes you for not doing it, “says the specialist.

When looking for a psychologist, we don’t always know what our exact needs are. But Claudia Pradas considers it useful that, as far as possible, we inform ourselves about our situation.

“For example, if you need help with a specific problem -examination anxiety, relationship problems or a duel-, you have to find someone who specializes in these areas,” says Pradas.

On the other hand, if the problem is a longer therapeutic process -such as depression or prolonged anxiety-, the objective is to find a professional who provides you with tools and helps you go beyond the current symptom, according to the specialist.

It may also be the case that we require therapists trained in a specific field, such as gender, LGTBI + or racial perspective . “For example, the majority of people who suffer from an eating disorder are women, and there is a gender bias there,” says Pradas.

Home therapies also facilitate the care of patients who, either for physical or psychological reasons – mobility problems or agoraphobia – or logistical and comfort – having people in charge or lack of time – have particular needs.

Dr. Natalia Zaira Pedrajas, psychologist and founder of the Psychological Support at Home platform , has found that “it is not only interesting for the person but also for the therapist, because it gives them a new work context. Solving problems from their own environment it makes the treatment more effective. ”

As he explains, the address can reflect the personality of the patient at that time and helps to see things that may not be said during the session.

Fortunately, nowadays it is easier to find the name of specialized therapists who adapt to our needs thanks to the tools offered by the internet: “Now there are pages where patients can find out about our working method,” says Pradas.

Both Pradas and Pedrajas consider that, as the sessions go by, it is important that patients feel comfortable with their therapists. “If the connection is not made, if you start to feel that you are losing money, that he is not listening to you or that what he is saying does not fit with you, the most interesting thing is to abandon therapy,” says Dr. Pedrajas.

Although prejudices about mental health have gradually been diluted and the younger generations have normalized them, psychological care faces a real challenge to keep up with social changes.

“It seems very important to me that professionals evolve with the world, because otherwise they will be unable to offer help to these people”, concludes Adrián Cerdán

What is the Net Worth of Coco Martin?

At 9.40 this Thursday, with a firm step and accompanied by his lawyer and some friends, Carlos García Juliá has left the Soto del...
Read more
News

WhatsApp will make its multi-device support available with end-to-end encryption!

According to a report, WhatsApp will make its multi-device support available with end-to-end encryption. The app, which Facebook owns, has marketed its privacy-focused encryption...
Read more