Samsung Galaxy phones are adapting well according to the pandemic! 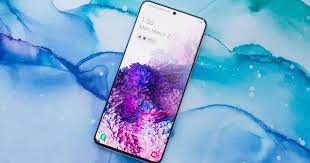 Because of the pandemic, we were forced to work, go to school, and socialize from home, putting our technology in a new light. Even if the lockdowns are no longer in effect, the time we spent at home in 2020 provided Samsung with many ideas for improving the smartphone experience.

These revelations will be revealed in One UI 4, Samsung’s next major software upgrade, rolling out on Monday for the Galaxy S21 series. Through a translator, Hyesoon Sally Jeong, Samsung’s vice president and head of framework research and development, told CNET, “We looked at preexisting features and realized what was gaining greater usage due of the epidemic, and we strengthened it.”

The upgrade primarily focuses on privacy, simplicity of use, customization, and communication, all of which Samsung noted had become increasingly crucial as people began spending more time on their phones during the shutdown. It’s only one example of a more significant trend in the IT industry, as companies started personalizing their products to make remote work and socialization easier.

The ability to capture voice and video during conference calls is one of the new features in Samsung’s upgrade, which was inspired by remote learning. “We figured that while having remote interactions with their teachers or pupils, our users might wish to record the audio or video,” Jeong added. “As a result, teachers may want to record the audio or video conference to keep track of the teachings or sessions they’ve given to pupils.”

The extended amount of time we waste on our smartphones, though, was likely the most significant development that inspired Samsung’s strategy while building One UI 4. According to new research in the JAMA Pediatrics Journal, teenagers’ screen time doubled during the pandemic. It does not include virtual learning.

As a result, with visual enhancements coming in One UI 4, Samsung makes its smartphones easier to look at for extended periods. “We made a lot of design-related decisions in terms of visual design based on the main idea of comfort,” Hyun Kim, head of Samsung’s core user experience group, told through a translator. “As the amount of time spent in front of a screen has increased, eye comfort [and] preventing eye tiredness has become more vital than ever.”

The corporation changed the look of its program by lowering the number of colors in the user interface and changing the font size and layout. It also collaborated with Google to enable darker screen dimming than was previously achievable when using the phone in low-light situations.

Samsung’s emoji pair function, which allows users to send two emojis simultaneously, was also inspired by how we communicated and socialized in 2020.

The pandemic’s long-term impact on how tech companies create and develop products is exemplified by Samsung’s software upgrade. Apple’s iOS 15 software bears this effect as well. For example, SharePlay, one of the update’s most notable features, allows you to quickly view films and TV programs or listen to songs with others using FaceTime. This feature would have been handy during the shutdown when many people were looking for methods to host virtual movie evenings on Zoom.

The most exemplary efforts of tech businesses to build goods that represented lifestyle changes induced by the pandemic were also displayed at CES 2021. For example, we noticed laptops with improved cameras that appeared to be geared for remote work, in addition to Razer’s high-tech face mask and a temperature-taking doorbell.