Get to Know More About Lahna Turner, Wife of Ralphie May!! 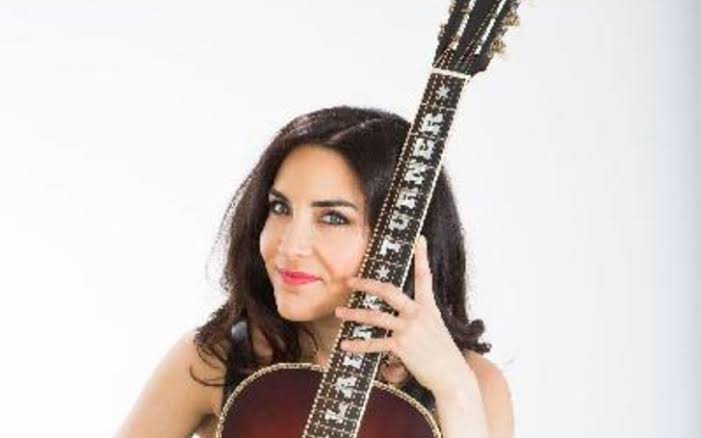 Lahna Turner, Ralphie May’s wife, is a stand-up comedian along with an actress. She is based out of Los Angeles, California. She was interested in comedy and guitar since childhood. She used to write lyrics when she was completing her studies. Lahna tried to take her talent forward and tried to do comedy shows in clubs. She is considered a sharp-witted girl who can make everyone laugh through her humor skills.

When Lahna was a child, her family shifted from Canada to Texas for her father’s career with Exon. Lahna was diagnosed with dyslexia and ADD when she was in grade school. Lahna attained her bachelor’s degree in fine arts from Texas State University. Her main focus was on photo technology, and she used to work as a full-time photographer throughout her college. Also, Lahna began an unofficial internship with Associated Press at the age of 19. This led to her having a freelance position with the organization.

Lahna performed three comedic songs at a local open mic night in Houston. This was the beginning of her career in standup comedy. Two months later, she booked her first paying gigs. Her hard work and dedication brought her an excellent response from the audience, and she won people’s hearts by making them laugh.
In 2004, she released her first comedy albums, namely, ‘Dick jokes and other assorted love songs. Afterward, she recorded ‘If these lips could talk’ in the year 2012. Not only this, she recorded more such albums later.
The huge debut by Lahna was made in Teacher of the year, in which she played Ursula Featherstone. Her appearance was also seen in ‘This is meg’ in 2017 and ‘Brand old love’ in 2018.
Her devotion to her work made her earn a name in the list of great standup comedians. She is completely an inspiration for several people.

Lahna Turner and Ralphie May met at an open mic night in Houston, Texas. Later, the two comedians began dating each other and fell in love. They tied the knot on July 3, 2005. They brought a beautiful daughter in the World named April June in the year 2007. In the year 2009, a son was born in their house named August James.
However, in 2015, Turner filed for divorce from Ralphie for their reasons, but the divorce never got finalized because Ralphie died on October 6, 2017, due to cardiac arrest. The net worth of Lahna Turner

Lahna has a net worth of $2 Million. Her comedy shows have helped her a lot to gain income. Her talent for making people laugh has resulted in a great source of income as well. She is limited to comedy, but rather she has also been a part of various movies.