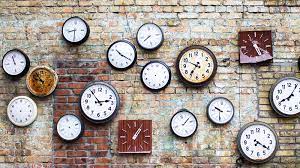 The relentless march of time can be a source of anxiety. Most of us want time to stop when we are in a happy moment to stay in the moment forever. A science fiction film, TV, or book will feature characters who can do what we all wish: Stop time. But is such a thing possible? To answer this question, we have to go deep into human perception, physics, and philosophy.

What is time? “To a physicist, it’s not that mysterious,” Sean Carroll, a theoretical physicist at the California Institute of Technology, told Live Science. “Time is just a label on different parts of the universe. It tells us when something is happening.” Sean also shared that many physics equations make little distinction among the past, present, and future.

Albert Einstein’s theory of relativity is the one place where time appears. According to the theory the time is measured by a clock. Because the parts of a clock must move through space, with space, time gets tangled up into a larger concept known as space-time that underpins the universe. At near light speed, if someone is sent to space with a clock, time will pass slowly compared to someone who is stationed on Earth. And an astronaut falling into a black hole, whose immense gravity can rap time, might also appear to slow down compared to a distanced observer.

We know that car is moving because it is at a different location in the space at a different moment in time, he said. “Motion is change with respect to time, so time itself can’t move.” It means when time stops; the motion will stop too. Time is something more than just read on the clock. It’s also a feeling that one has in the body and head and the natural rhythms of the world.