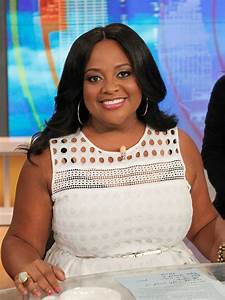 Sherri Shephard is an American actress, comedian, author as well as a television personality. She has been nominated for Daytime Emmy Awards multiple times. She was also seen in ‘Less than perfect’ between 2002 and 2006, ‘Sherri’ in the year 2009, and ‘Trial & Error’ in the year 2017 to 2018. Sherri got married to Jeff Tarpley in the year 2001, and they got divorced in 2009. They have a son, namely Jeffrey. Jeffrey was born in April 2005 on Sherri’s 38th birthday. In August 2011, she married Lamar Selly. They brought a son into this World via surrogacy in 2014. Although, she is not connected to the child biologically as he was conceived through the usage of a donor egg.

Story of their son

In September 2012, Sherri revealed to the media that she and her husband, Sally, were looking for a surrogate mother who would be perfect to have their child. Afterward, they found a surrogate who would convert their dreams into reality. Some months were gone after the pregnancy, and reports began flashing on media that Sherri and Sally got separated.

The Legal Battle faced by Sherri and her husband

In July, Sherri and her husband were facing battles in court for the custody of their child.  Sherri filed a petition in which she asked the court to provide her with a parent’s responsibilities and not entitle her ex-husband to child support payments from Sherri. However, Sherri was declared LJ’s legal mother even when the child was born out of the surrogacy process. The child was not born at that time. On August 5, 2014, their son, namely LJ, was born in Pennsylvania.

Sally was present in the hospital when his son was born, whereas Sherri was not found, according to the E! News.

More Struggles in their life

While Sherri was struggling with her unborn child’s court battles, her former husband, Jeff Tarpley, returned. Jeff Tarpley was creating another legal custody appeal for their nine-year-old son. Their son was born in the year 2005, and he was found with delays in development. This left him with special needs. Her ex-husband accused her of being a wrong mother and ignoring her child’s needs. Tarpley won in the battle against Sherri, and his client trusted that he would do better care for his child. Sherri offered him to spend his weekends along with an overnight stay every week. Tarpley denied this offer. Then, the tired mom revealed that his ex-husband was never bothered by their child and is not even having a job to take care of their son. After that, Sherri got legal permission to retain the custody of his young boy.