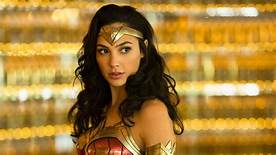 Wonder Woman is a fictional superheroine character seen in American comic books published by DC Comics. Wonder woman is considered as the founding member of the Justice League. This character was first seen in All-Star Comics #8 in October 1942.
This fictional character was created by the American psychologist and writer William Moulton Marston and artist Harry G. Peter. The credits for inspiration for this beautiful character are given to Elizabeth as well as Olive Byrne.
The Bronze age origin story of Wonder Woman relates that she was sculpted from clay through her mother, Queen Hippolyta. Zeus gave her life. She was gifted superpowers from Greek Gods.
Wonder Woman’s character’s creation took place during World War II. Today, the character is an iconic figure in popular culture adapted to many media platforms. Also, October 21 is celebrated as Wonder Woman Day. The character has been featured on many media platforms like radio, movies, and television. It is also sold in many forms like dolls, jewelry, video games, and apparel. The character has got its voice from many people like Shannon Farnon, Susan Eisenberg, Maggie Q, Lucy Lawless, Keri Russell, Rosario Dawson, Cobie Smulders. 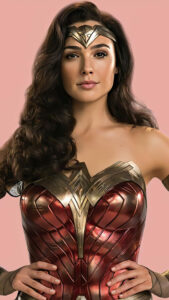 The character is displayed as a solid and powerful one possessing too many powers. She is really trained and knows how to face difficulties with ease. She possesses Godlike powers, such as human strength that can’t be measured, great speed, fast healing, nigh-invulnerability, and more. The modern version of the character knows how to use lethal force when necessary. She has the ability to heal faster than human beings because of her birthright consumption of water from Paradise Island’s Fountain of Eternal Youth. She also possesses mental as well as psychic abilities. Along with this, she is highly resistant to higher temperatures as well as force. She has divine powers which only God can have. She can leave the planet by meditating and did this once to rescue Artemis.
She is one of the most famous fictional characters among the audience.