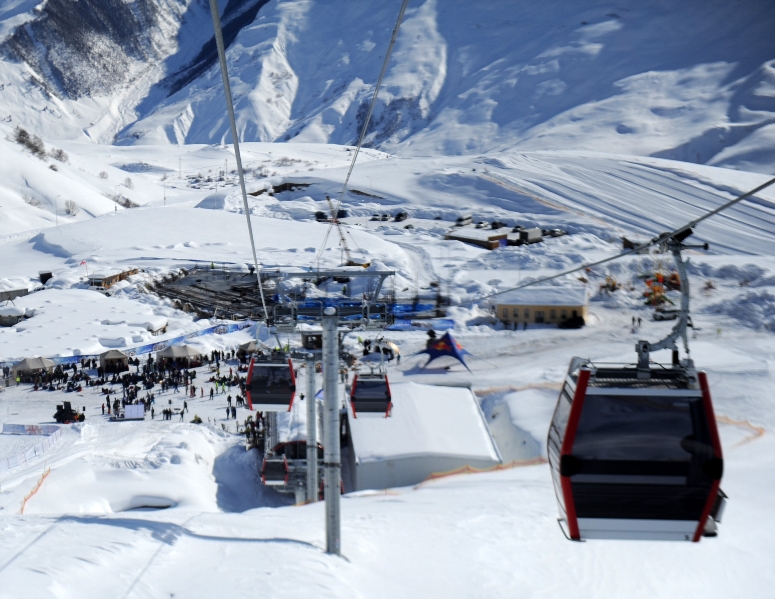 The Mountain Resorts Development Company has said that the temporary halt in cable transportation operations was due to a voltage drop.

They also said that the rescue operation was ended successfully after evacuating 25 people from the aerial tramway in Kokhta- Mitarbi tramway.

Soon after evacuating the people, the electricity supplier company Energo-Pro Georgia released a statement saying that the company provided enough power supply to the aerial tramway without any hindrance.

The Bakuriani ski resort is located in the Borjomi district of Georgia. Moreover, it is situated 1700 m above sea level on the northern slope of the Trialeti Range and 180 km to the north of the capital Tbilisi.

The resort offers various adventurous activities to its customers, such as skiing and snowboarding. The winter sports in Bakuriani ski resort is situated between the elevations of 1,641 and 2,702 m.

Due to its long winters, the resort is a paradise for snowboarders and skiers. It is also considered the best venue for children to engage in winter sports and activities.

Last year, Irakli Tchirakadze, the Director of Mountain Resorts Development Company, said that Bakuriani ski resort would become one of the best resorts in Eastern Europe because of the latest infrastructure. Bakuriani can also become the host resort for different international competitions in Georgia.

Further by mentioning the Ski Cross World Cup championship, which was held last year in Bakuriani, Tchirakadze said that the organisers were managed to set up three new ski lifts, install an artificial snow system and purchase new equipment to ensure safety.

He also said that Georgia would also be ready to organise the 2023 Freestyle Ski and Snowboard World Championships.