Schools Become A Focus Of Covid Infections in 2020 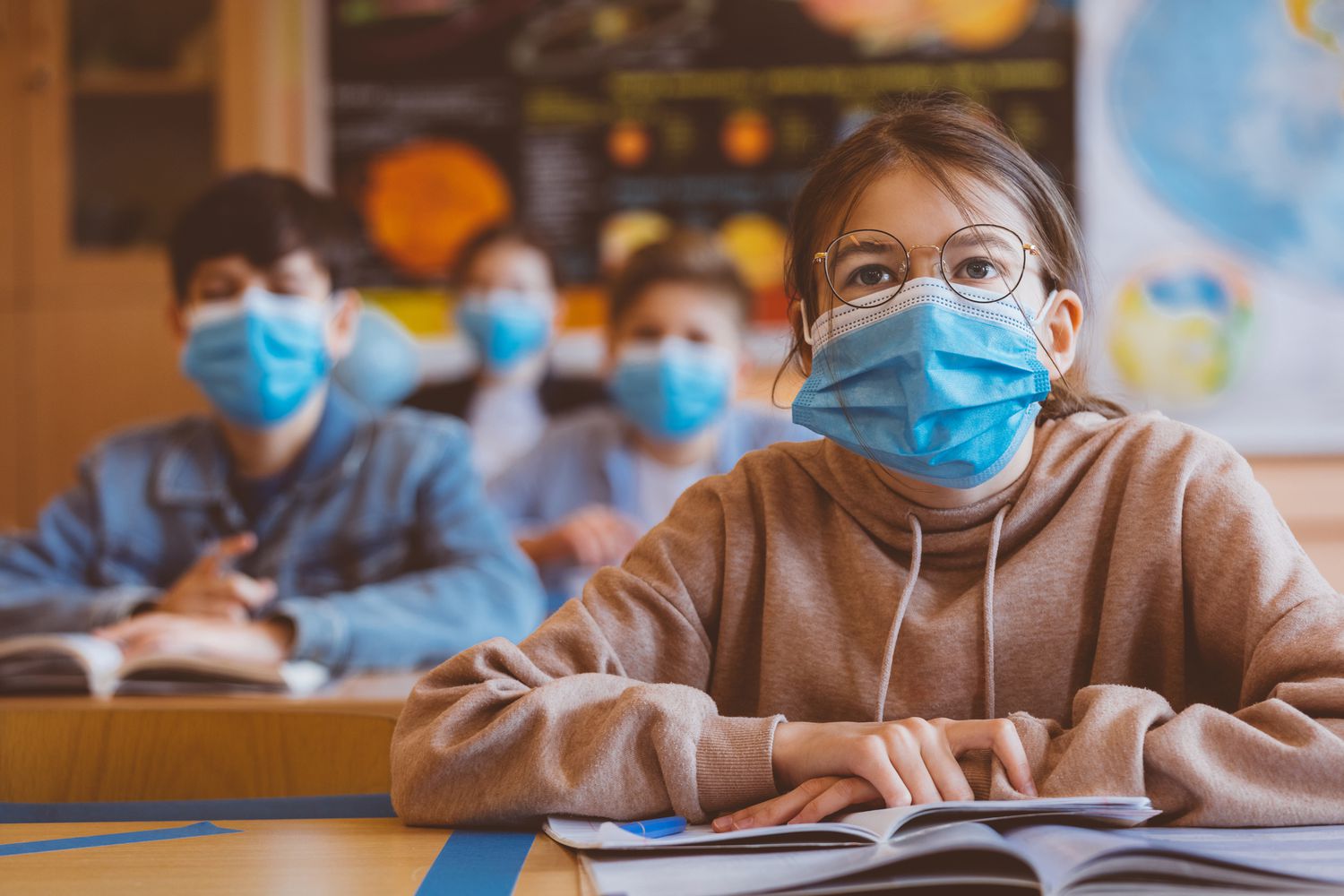 “As soon as school starts, in two weeks we are all confined again,” said neighbors, coworkers, mothers and fathers worried in the middle of the de-escalation.

The opening of schools caused fear. It is understandable. Fortunately, the reality has been that schools are resisting the onslaught of the coronavirus .

At least, that is the reading, with nuances, that the experts make when they review the figures that the Ministry of Education made public the first week of November, in full increase in infections throughout the country. The number of classrooms in quarantine was then 6,469, 1.67% of the total of the Spanish educational system.

What is behind this apparent success in containing the virus in a closed space, full of children and adolescents who study, play and even eat together? Why haven’t schools become the center of a gigantic wave of infections?

“There are two great reasons. The first is that children transmit the virus less efficiently than adults.”, Responds the pediatrician and epidemiologist Quique Bassat, coordinator of the working group of the Spanish Association of Pediatrics for the reopening of schools.

“The data we have for the last nine months suggests that children are very rarely the cause of outbreaks. In Catalonia, for example, in 87% of the cases detected in schools, the positive ones have not led to a second case ”, he adds.

The doctor affirms that there is more and more evidence that supports this idea, such as that provided by the study of the Kids Corona platform, in which Bassat, a researcher at the Barcelona Institute of Global Health participated. Scientists followed more than 2,000 children this summer in urban colonies to conclude that they transmit the virus six times less than adults.

The focus of the danger had focused on them the first months after the appearance of SARS-CoV-2, and it was one of the reasons that spread the fear of going back to school, experts say.

“Logic led us to think that children were more contagious because their natural history is to become infected with multiple respiratory viruses, especially during the first years.

But, fortunately, this coronavirus has not occurred ”, assures internist Julián Olalla, president of the scientific committee of the 1st National Congress COVID19, held in September. “As of today, it is thought not only that the infection is less serious in them, but that the transmission is possibly more ineffective.”

PCR always has the last word, but certain symptoms and the epidemiological context can give some clues

However, Olalla thinks that this fact alone does not explain the current situation in schools; Although the younger population is less contagious, they can transmit the virus.

For him, the main reason why contagions have not been triggered in the aftermath is the protocol that the educational centers have implemented.

“What the schools have shown is that it is possible to contain the virus even in an environment that is initially adverse and that for a few hours functions as a closed institution,” he says.

And he highlights that the work of the educational community has been essential: “They have sat down to write their covid protocols, to generate entry and exit circuits, to put up screens, to establish distances …

There is a covid commission in all centers, and it is what is working. We must recognize the work of the teachers who, without being sanitary, have been at the foot of the canyon and without mass casualties ”.

The answer for experts like Daniel López Acuña, a professor at the Andalusian School of Public Health, is firm: no.

“In themselves, schools are not a source of infection, but of amplification of transmission,” he warns. And he argues: “To the extent that we have a high incidence in the environment, schools will have more outbreaks and more transmission because people gather there, it is a phenomenon that simple”.

Hence, although internal protection measures are important, “those that reduce the impact on the school environment are equally essential.”

Referring to the data published on November 6 by the Ministry of Health, López Acuña recalls that the third area where there are more cases of coronavirus outbreaks is educational centers.

In this particular ranking, the social sphere, meetings of family and friends, were in the first place, where 26% of all outbreaks were accounted for.

The second place was for social health centers, mainly geriatric residences, an environment that was the focus of 21% of outbreaks. The third place, with 12%, was occupied by educational centers , which include institutes and universities.

But it cannot be said that there are no outbreaks in basic education, ”says López Acuña, who points out that the origin of many of them is related to the behavior of boys and girls regarding attendance at educational centers.

“Although these centers are not actually being the main source of contagion, they should not be underestimated. This implies following strictly preventive measures and trying to prevent clusters, friends’ pineapples or going to and from the center in a group and without protection, ”he advises.

Without taking their eyes off the numbers, other experts add a final possible explanation for the relatively low incidence of coronavirus in schools: that the probability that children are asymptomatic is much higher than in adults, as studies such as the one published show in August in the scientific journal The British Medical Journal , so it is possible that not all cases are being counted.

This is the opinion of Sergio Alonso, a researcher from the Computational Biology and Complex Systems group of the Polytechnic University of Catalonia and one of the authors of the reportthat periodically assesses the evolution of the epidemic.

“At the moment, the age distribution of the incidence shows that cases in children (ranges from 0 to 9 and 10 to 19 years) are being slightly less detected than in adults. This is due to the fact that they are usually asymptomatic and, therefore, the possibility of them going unnoticed is greater ”, he says

How to watch X-men movies in order? Read here for more information

X-Men movies have been trending a lot since the 2000s. X-Men was a comic book series that has been converted into various movies. X-Men...
Read more
News

Who is Evander Holyfield? How Much is he Worth?

Evander Holyfield was brought into the world in October 1962 in the town of Atmore, Alabama. Destined to an alternate dad to his kin,...
Read more
News

Dale Schroeder, A Carpenter who funded scholarship of college students?

Andy Samberg is an American jokester, entertainer, essayist, TV maker, and performer. He is an individual from the satire music bunch The Lonely Island...
Read more