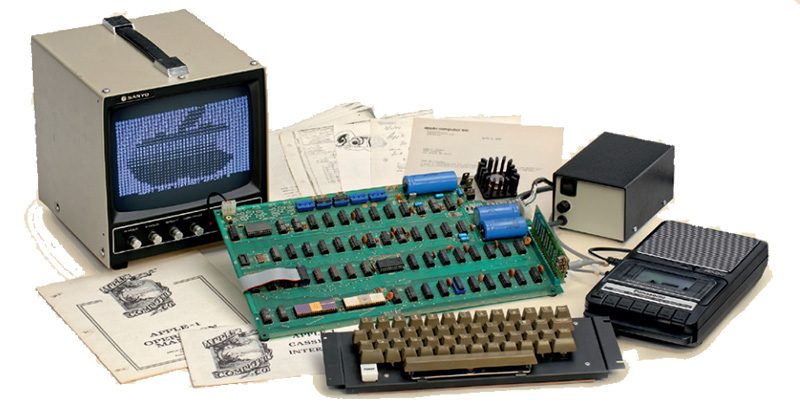 Next December 10 you will be able to buy one of the most famous and rarest computers that exist. A mythical Apple I with two unique features, which make it even more valuable. Apple did not invent mobile phones or computers, although many believe it. But it is true that it was a pioneer in many aspects, such as home computers .

In 1976 he released the Apple I , one of the first personal microcomputers. Only 200 units were manufactured, and not all are preserved. The one we are going to see is one of the best. On December 10, the auction company RR Auction puts an Apple I unique in the world up for auction .

Not only does it work perfectly, but it is still in its original box (there are only a handful of units that still have the box), and it is also signed by the creator of the computer, Steve Wozniak . One of the greatest experts on Apple I, Corey Cohen, has restored it and subjected it to a functional test for 8 hours in a row , without any problems.

In addition to the computer itself and the original box, the auction includes the instruction manual, cassette interface, power supply, a Datanetics keyboard with its wooden casing, a vintage Panasonic cassette player, and a 1976 Sanyo television. In short, everything you need to make the almost 50-year-old computer work perfectly.

The auction will take place on December 10, with a starting price of $ 50,000 . You have more details in this PDF . Considering that a working Apple I, but without the box and Woz’s signature, sold for more than 600,000 euros in 2013, we would not be surprised if this unit is close to a million dollars.

The mythical Apple I was a handmade computer. Steve Jobs and Steve Wozniak (who designed the computer hardware and software to work), sold it in the form of a computer board, and it was the user himself who had to solder some pieces, add the keyboard, the cassette for reading data tapes, TV, etc.

In a way the Apple I was a rehearsal for what would come next. Apple’s first big hit came with the Apple II , the first microprocessor to be manufactured on a large scale. Only the original Apple II sold 2 million units, and there were also different additional models. A success story that continues to this day.