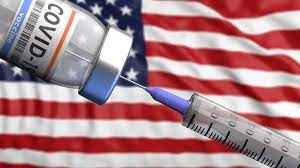 According to Centers for Disease Control and Prevention (CDC), the statistical reports are disturbed for the second dose of Pfizer and Moderna Vaccines for COVID. As per the sources, around 8% of the Americans who had their first shot of vaccine are not willing to get the second shot of the Vaccine now.

It is believed that Americans are avoiding the second dose as they do not wish to go through the hassling process of getting the appointment. But the experts advice them to take up the vaccines and work according to the pharmaceutical instructions.

Doctors say that they are still fighting to get over the hesitation shown by the people for taking up the vaccine and one of the main reason for not taking the vaccine is because of the concern of the safety and efficacy of the vaccine.

Few patients said that the same brand of the vaccine which was administered earlier was not available for the second dose and few does not want to get the appointment for the vaccination which is a bit of hectic process. Others fear of the side effects that they experienced earlier during the first dose and do not wish to go through the pain again.

Recently spike in cases is seen in India and America is in a state to send them the raw materials need for the production of vaccine. Hence, the officials are advising the Americans to not to neglect vaccine’s second shot so as to avoid the second wave.