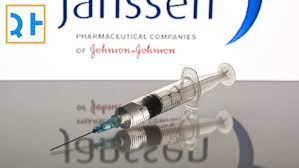 Earlier, Centers for Disease Control and Prevention (CDC) have paused the administration of Johnson and Johnson’s Vaccine since some severe adverse reaction have been reported.

But the permission to restart Johnson and Johnson’s Vaccine was given in the mid of April after a lot of studies were done on the Blood clots caused by the this vaccine.

Recently doctors were successful in treating those people who developed sever blood clots after getting Johnson and Johnson’s Vaccination. They used an alternative of heparin, which is said to expert in clot thinning by experts.

During the pause period of this Johnson and Johnson’s vaccine, doctors were able to analyze how to treat this thrombocytopenia syndrome (TTS) or vaccine-induced thrombotic thrombocytopenia (VITT). As heparin was not successful in dissolving the clots figuring out for other medications was the only option. Basically, blood clots are treated by the hospitals using heparin. But in this case there were problems related to heparin like developing auto immune disease so, Centers for Disease Control and Prevention suggested using other blood thinning drug except heparin.

The cases were reported when a healthy women developed severe headache and muscle pain after getting J & J’s vaccination. She was admitted in emergency where she was diagnosed with Vaccine-induced thrombotic thrombocytopenia.

She was then moved to UCHealth University of Colorado Hospital on 12th day after recieving the J & J’s vaccination. There she was treated with bivalirudin. This drug was effective and increased her platelet counts rapidly. Also, the clots in her head reduced wich eventually reduced her headache. She was then discharged after 6 days. Furthermore, her platelet count kept increase which was seen during her follow up.