The European Commission (EC) has shared a video on its Twitter handle, celebrating 30 years on the foundation of the European Union by signing Maastricht Treaty. 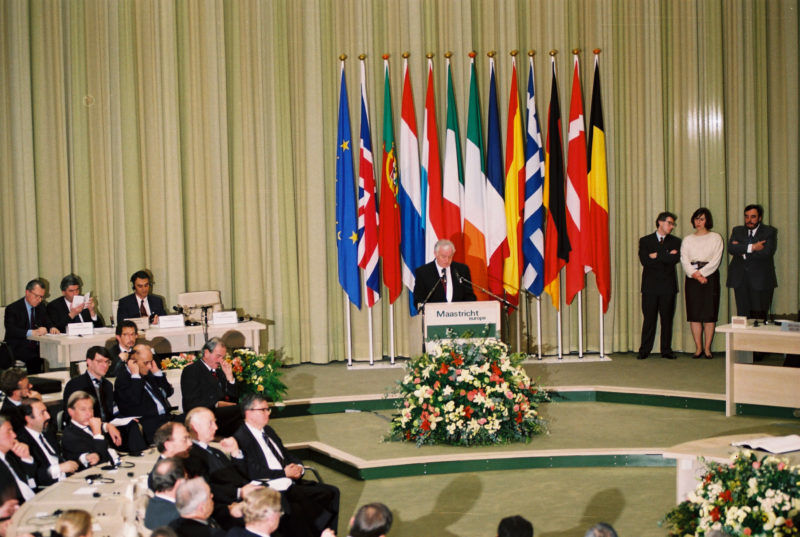 The European Commission (EC) has shared a video on its Twitter handle, celebrating 30 years on the foundation of the European Union by signing Maastricht Treaty.

EC has remarked in its post that “on this day in 1992, the treaty was formally signed. It laid the foundation of the EU and established European citizenship, Common foreign and security policy, and Cooperation in the field of home affairs and justice.

The agreement was formally signed in the Dutch city of Maastricht in 1992 and became effective in 1993.

A total of 12 heads of the government of the states of Europe signed the treaty. The 12 member nations were Belgium, Denmark, France, Germany, Greece, Ireland, Italy, Luxembourg, Netherlands, Portugal, Spain, United Kingdom and Northern Ireland.

The treaty formally went into effect on November 1, 1993. The main aim of the treaty was to boost cooperation by establishing common European citizenship to allow European residents to work, live and move freely between the member states. The treaty leads to the formation of the common currency Euro.

This agreement marks a new stage in the process of creating an ever closer union among the peoples of Europe, in which decisions are taken as closely as possible to the citizen.

It consisted of three main pillars –

Moreover, several people came on EC’s Twitter page to comment on the post. The European Institute for Animal Law and policy also commented on the post by saying, “Thirty years have been passed since the adoption of the Maastricht Treaty and the EU declaration on the protection of animals. This declaration was the first to recognize animals interest in European Union law”.

One person has cited that “I won’t be celebrating the day, democracy died! no way!”.