These businesses create electricity by harnessing the power of the oceans! 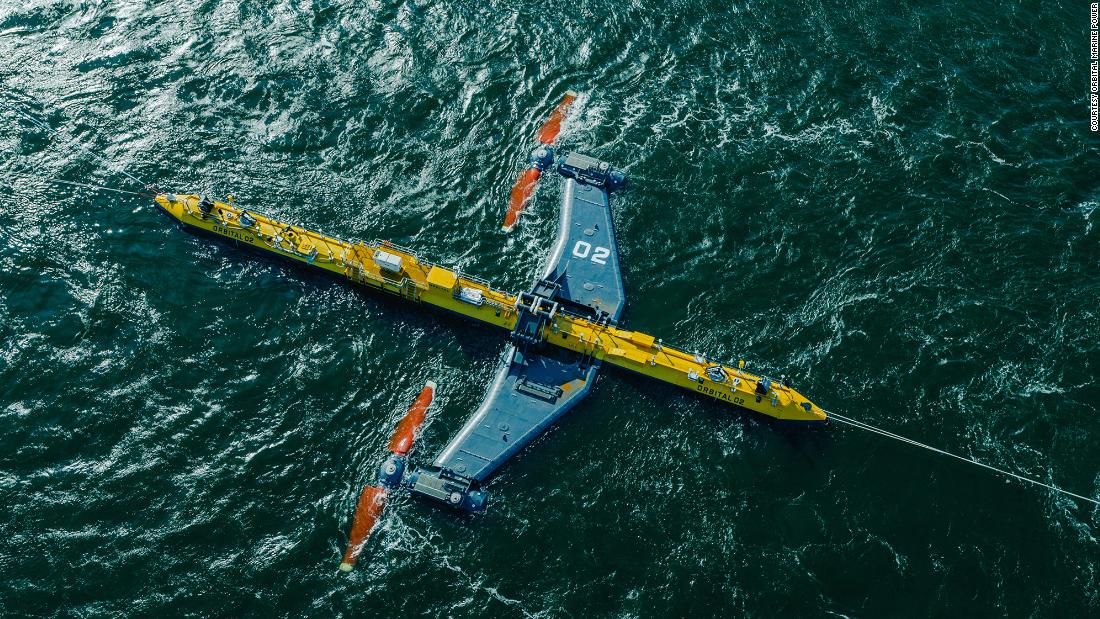 Some corporations are focused on a relatively new but enormous and abundant energy source – tidal waves — as the globe attempts to mitigate climate change and reduce fossil fuel emissions. On opposite sides of the Atlantic, two corporations attempt to generate reliable, sustainable energy by harnessing ocean currents in distinct ways.

Orbital Marine Power claims to have the “world’s most powerful tidal turbine” off the coast of Scotland. The turbine is about the dimension of a jet, and it even appears like one, with a floating central platform and two wings spreading downwards on either side. Oversized rotors are located at the extremities of each branch, roughly 60 feet below the surface, and the waves regulate their movement.

“The energy of tidal streams is known to people because it’s kinetic energy, so it’s not too dissimilar to something like wind,” Orbital CEO Andrew Scott told CNN Business. “The parts of technology that generate electricity resemble a wind turbine.”

However, there are several distinctions between wind and wave energy, the most notable of which is that waves are significantly more predictable than winds. The ebb and flow of the tides rarely differ much. Therefore they may be timed with more accuracy.

“Those motions can be predicted years and decades in ahead,” Scott added. “But also, from a direction standpoint, they only truly come from two directions, and they’re practically 180 degrees,” he noted, in contrast to wind turbines, which must account for wind from many directions at the same time.

Tidal waves can also generate more energy than wind, according to Scott. “The density of seawater is 800 times that of wind,” he explained. “As a result, the flow rates are much slower, but they produce a lot more energy. According to the Business, the Orbital turbine, connected to the electricity grid in Scotland’s Orkney, can generate up to two megawatts – enough to power 2,000 households for a year.

Scott agrees that the technology isn’t yet widespread and that there are still some hurdles, such as the expensive cost of the technology. Still, tidal energy’s reliability and potential might make it a valuable instrument in the battle against climate change. “It’s becoming clear that… climate change isn’t going to be handled by a single silver bullet,” he remarked.

Power may be available 24 hours a day, seven days.

Verdant Power, located near Roosevelt Island in New York City’s East River, employs similar technology to generate Power around 3,000 miles away from Orbital’s turbines. Although not yet on sale, Verdant’s turbines are helping to supply electricity to New York’s grid as part of a test project. They’re mounted on a frame that’s lowered to the river’s bottom rather than floating near the surface.

Trey Taylor, the company’s creator, told news that “the best way to imagine what Verdant Power’s technology is to consider of wind turbines underwater.” River currents, he added, tend to provide the same benefits for energy generation as ocean currents (though the East River is also connected to the Atlantic).

Verdant has generated enough electricity to power 60 homes over eight months, while Taylor claims that a full-fledged power plant based on its technology could power 6,000 homes. And, according to his calculations, the worldwide potential for tidal energy is enormous.