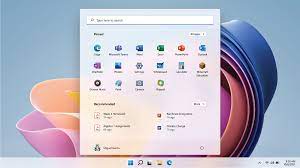 Microsoft has released a special edition of Windows 11 for schools and kids. Windows 11 SE will be available exclusively on low-cost laptops designed for K-8 classrooms, marking Microsoft’s latest attempt to compete with Google’s Chromebooks and their growing popularity in US schools. Microsoft has been perplexed as to why so many schools and kids are flocking to Chromebooks.

Previously, Microsoft tested an S Mode that restricted Windows 10 to apps from the Microsoft Store. Because there weren’t enough programs available in the Microsoft Store to make sense, the restriction was more of an annoyance for end-users and schools. Windows 11 SE takes a different approach to a Windows edition for schools, and it’s similar to the direction Microsoft was going with Windows 10X before it was canceled.

Only new low-cost devices and schools and education clients will be able to use Windows 11 SE. While Windows 11 SE is built for Microsoft Edge, Office, and Microsoft’s cloud-based services, they aren’t limited. “We want to give schools the choice to choose what works best for them,” Paige Johnson, head of Microsoft’s education marketing, says of Windows 11 SE’s support for third-party apps like Zoom and Chrome.

IT administrators will have control over which apps are installed, and devices will update silently outside of class time. The Microsoft Store will not be included in Windows 11 SE. Instead, Microsoft is enabling IT administrators to provision specific third-party programs on SE devices. Right now, the list consists of Chrome and Zoom, but Microsoft hasn’t released its final list of approved apps. Other than that, the majority of the changes in Windows 11 SE are modest.

Microsoft has spent the last 18 months talking to teachers and students to gain feedback on its low-cost Windows laptop initiatives to date. As a result of this feedback, apps on Windows 11 SE always begin in fullscreen mode, and Microsoft has ditched the numerous Snap Layouts in favor of a single-mode that allows you to stack programs side by side.

The new Widgets area of Windows 11 has also been removed from SE due to Microsoft’s findings that it is distracting in a school setting. Microsoft Edge will be set up to support Chrome extensions, which are currently disabled on Windows 11. Many schools in the United States use Chrome extensions as part of their Chrome OS setup. Thus this modification reflects that.

To make it easier for students to use these Windows 11 SE computers outside of the classroom, Windows 11 SE backs up documents to OneDrive by default, with offline support. By default, Windows 11 SE will include a new bright Bloom wallpaper and some changes to the way programs are packaged.

While you might have two versions of OneNote or Teams loaded in Windows 11, Microsoft is cleaning this up in Windows 11 SE to install only one version. Only low-cost laptops supplied to schools will be able to run Windows 11 SE. Acer, Asus, Dell, Dynabook, Fujitsu, HP, JK-IP, Lenovo, and Positivo will all release Windows 11 SE laptops in the following months.

Microsoft has also released its own Surface Laptop SE for $249, which is the foundation for Windows 11 SE. An Intel Celeron processor, 4GB of RAM, 64GB of eMMC storage, and an 11.6-inch (1366 x 768) display are included in the base model.