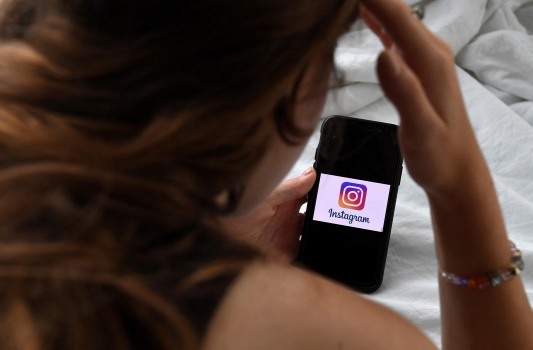 Recent research that was published this week highlighted how much information on Instagram promotes eating problems among women and teenagers. Unsurprisingly, there is way too much.

The data comes from an advocacy organization and follows a Wall Street Journal story saying that the business knows very well about its platform’s harmful issues, especially the toxic influence it has on young females.

Although these platforms may be used to build and maintain connections, they can also be used to compare with others, increasing hatred, and compare each other based on the number of likes, views, and comments.

The latest research examined 720 Instagram posts and noticed around 240, which were about eating disorders. The report also included messages related to face surgery and skin lightening techniques.

Researchers found out that 87.6 percent of eating disorder-related posts were about appetite, while 53 percent were supporting eating disorders directly.

They have also put up a few situations of damaging posts, like those that directly advise severe diets including a daily food plan that is as low as 200 calories per day and images of grown-up females who have a negative talk about themselves.

What are the issues faced by teens on social media?

However, the study claims that there are millions of posts with eating disorder-related hashtags and Facebook does nothing to fight. While Instagram is trying to get rid of the hashtags that help eating disorders, users can easily try to get over this by using other positive hashtags.

Mental health specialists caution that even information that does not appear to be toxic can also be extremely depressing to teenagers. As an example, when social media influencers post videos about what they eat in a day, many people blindly follow their advice even if the influencer is not an expert in nutrition. They learn to change their own food habits and kill their hunger from this influence.

It is not known how far go Facebook will go to help teens from the negative side of social media on their mental health. Facebook has not been accepting the allegations that it is depressing for teenagers. They even conclude that there is no evidence that proves that its services are harmful to the mental health of teenagers.

Many corporate leaders have been conducting meetings for a few weeks. Instagram Kids, a service that is being made for Teens, has recently been reported to be postponed by them.

However, for now, Instagram’s harmful influence on the mental health of teens lies entirely on the shoulders of parents and children.

while Instagram may be a toxic mental issue for teens, adults, and children, social media is also a vital component of their connection and socialization. It can also be a helpful tool for them to connect with therapists and trustworthy treatment facilities.