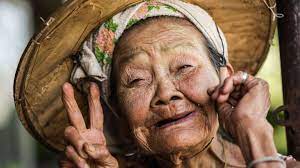 A recent study suggests that the human life span could range between 120 years to 150 years and cannot pass beyond this age limit. The scientists said that it is the absolute limit of any human being.

This study was published in the journal called Nature Communications. The scientist said that the human body completely loses its ability to repair and recover from any kind of illness or injury after 150 years and it eventually leads to the death of the body.

They further added if the therapies have to be developed to increase the life span of human beings, then they would eventually have to live a healthy lifestyle.

Following the blood tests, a model was created known as a dynamic organism state indicator which would reveal the biological age of any human being.

According to the data obtained the scientists claim that between the age of 120 to 150, the body will completely cease all of its functions and a person won’t be able to survive beyond the age of 150 years.

The scientists further examine the physical state and number of steps taken by a person in a day. It was seen that younger people tend to take more steps as compared to that older persons but this does not signify anything about the age of death.

Also, scientists say that a person can live up to 150 years but it is yet unclear that how their life would be, will they be able to lead a healthier life in their old age.

So, it is sure that we all are going to die one day but it all depends on how we lead our lives and how healthier our lifestyle is.