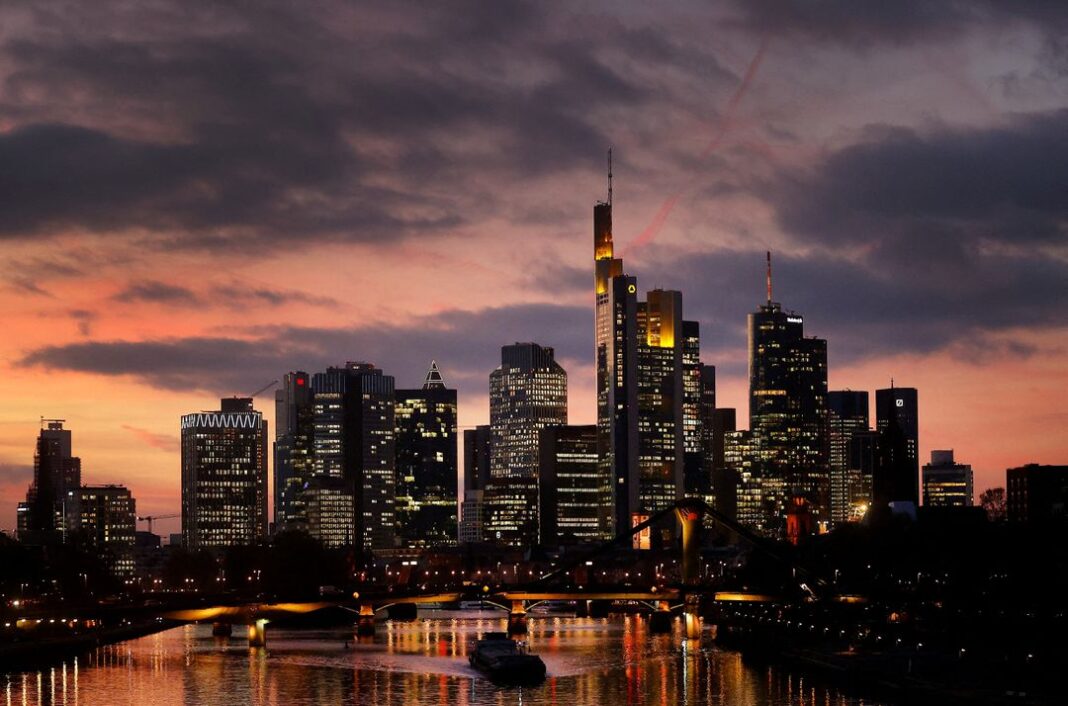 Frankfurt: A three-bedroom apartment on the 47th floor of a generic office building in downtown Frankfurt is on the market for 9 million euros ($10 million), a stratospheric price that some view as a warning.

Locals have dubbed Germany’s financial powerhouse “Mainhattan” in reference to its towers and position on the Main river. It may be a far way from New York in terms of nightlife, culture, and banking, but it did beat it to the top of a 2021 real estate bubble index.

After a long period of avoiding home ownership, low borrowing prices, rising rents, and the impact of having to pay to keep their money in the bank have convinced nearly one in every two Germans to purchase a home or apartment.

The resulting property rush has resulted in the construction of 18 high-rise structures across Frankfurt, a building frenzy that has been repeated across Germany, where house prices have risen by about 50% since mid-2016.

In the UBS ‘bubble’ ranking for 2021, Frankfurt beat Hong Kong, Toronto, and New York, with adjacent Munich also towards the top.

Since the middle of 2019, German real estate prices have outpaced much of the rest of Europe, including France and the United Kingdom, with home prices increasing by more than 10% year on year in the second quarter of 2021.

Moves like German insurer Allianz and a local pension fund paying 1.4 billion euros ($1.6 billion) for one of four new buildings planned for the financial city this year have emphasised the desire.

The project’s developers stated, “We are targeting the Frankfurt area.” The city is one of Germany’s wealthiest. “This was the proper approach, as evidenced by the demand. There isn’t a bubble in sight.”

According to the latest data from Germany’s Bundesbank, borrowing to buy property has increased throughout the pandemic. At the end of 2020, home loans totaled 1.45 trillion euros, up 6% from a year earlier, and data for this year suggest that this borrowing has continued to rise.

Some experts believe the seeds have been laid for housing prices to unwind as the ongoing epidemic reduces immigration and strengthens tenant protection, and Germany’s aged population continues to dwindle.

In November, the Bundesbank issued a warning about the dangers of an overheated property market, stating that it could be overvalued by up to 30%. find out more

“Just to maintain the population and property demand stable, we’ll need about 220,000 immigrants. Corona, on the other hand, has had a negative impact on immigration “Net immigration plummeted from up to 400,000 before the epidemic to 220,000 last year, according to Jochen Moebert, an economist at Deutsche Bank Research.

According to Moebert, this, combined with stiffer restrictions for making homes more energy efficient and rent controls, might cause the property market to shift in 2024.

“We’re almost there,” he remarked.

The pandemic, according to Barbara Steenbergen of the International Union of Tenants, has strengthened rules on European property speculators, preventing foreign purchasers from purchasing ordinary properties in Amsterdam and elsewhere.

“Investment markets in Europe are getting increasingly regulated,” she remarked.

The first symptoms of a turnaround may be seen in Frankfurt, where plans for a Porsche-branded designer residential complex have been scrapped.

Officials in the area agree that the apex has been achieved.

“For property values, the sky is not the limit,” a representative for Frankfurt’s planning department told Reuters.

“What we have is plenty for luxury apartments.”